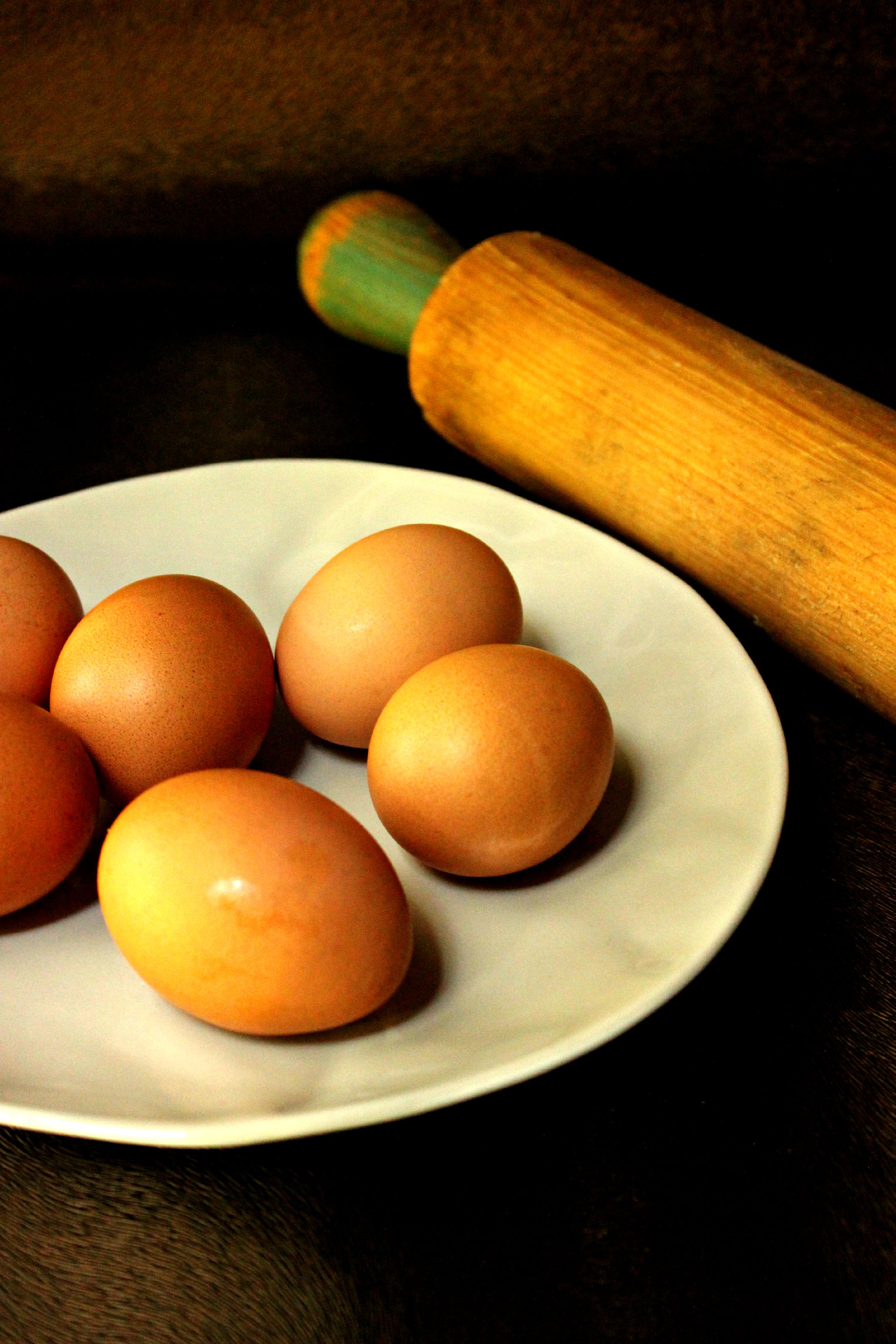 Perfecting your eggs is one way to impress with the best brownies. Learn here more here about eggs 101,the role of eggs in baking and the impact of egg temperature on brownie baking.

A egg yolk and white may share the same shell but the same they are not. The egg yolk and shell are two completely different substances.

An egg white, also known as the albumen is made up of water and proteins. The yolk is the yellow part of the egg and is made up of fats, protein and 13 essential nutrients. The nutrients include all nine essential amino acids and are a natural source of omega-3 fatty acids, Vitamins A, D, E, and B12, antioxidants, and choline. Most of the egg's nutrients and nearly half of its protein is found in the yolk.

As the result of being made up of different substances, the egg yolk and white behave differently in the cooking process.  Egg whites by way of their protein give many baked foods such as meringue , souffle and macrons a light, fluffy texture. The egg yolk adds a richness and density and serves as an emulsifierto bring together fat, water and sometimes acid - a process known as emulsification. Without emulsification these ingredients may separate or remain separated.

The role of eggs in baking 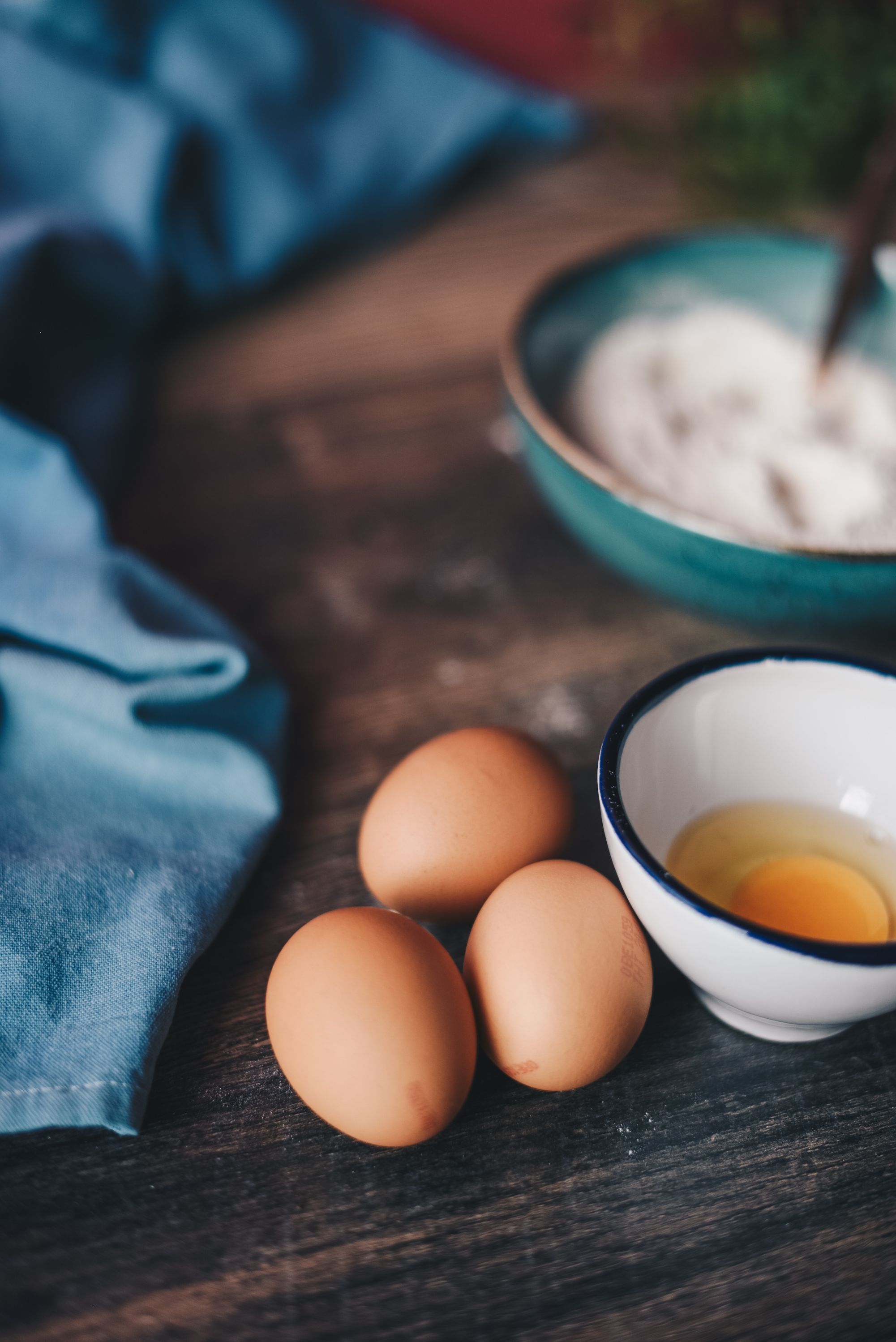 Eggs are an important consideration in the brownie baking process. They not only play a significant role in the baking of  brownies but also pastry creams, meringues, cakes and some cookies. Eggs create structure and stability in a batter, they add moisture and impact the texture of the final baked good. Their ability to assist with bringing ingredients together makes for a smooth, velvety brownie batter.

The role of the egg white, egg yolk and whole egg can overlap and vary in different recipes. Other factors like recipe ingredients, temperature and time of baking can also impact which functions of the egg kick into action.

Critical in the role of the egg in the baking process is its ability to coagulate.

Under the seductive spell of decadent dark chocolate, it is easy to overlook the critical role of eggs in brownie baking.

Coagulation indicates a change from a liquid to a semi solid or solid state. The final result of many cooked foods is a result of the coagulative properties of proteins, particularly the irreversible coagulative properties of egg proteins. The ability of egg  to coagulate is an important function for recipe development as the process enables eggs to thicken things like custards, impact the texture of brownies and cakes and bind foods together.

Natural protein in the egg consists of complex folded and coiled molecules. Each protein molecule is held together in a tight separate units which are in turn held together with loose bonds that reach across the coils.  The bonds are disrupted when exposed to heat, acid or mechanical whipping any of which cause the protein to denature. As the proteins denature they untangle and reunite in a tangled three dimensional network. This is known as the process of coagulation. Coagulation is what causes the egg to change from liquid to solid. As the egg  protein firms up and solidifies this is what  gives critical structure to the brownie or cake.

When mixed with sugar in the brownie making process, the egg structure hold the air capsules and provides some lift to the mix. The amount of this lift is not the same as an egg white alone with sugar - the fat in egg yolk inhibits the extent of peaking of the egg white although does give structure and some aeration to the brownie mix.

This combination of eggs and sugar also adds moisture and flavour to the brownie recipe.

There are many reasons that may be stopping you from baking the best brownies however considering the temperature of your eggs is definitely one to check on.

Depending on your brownie recipe, the eggs may need to be at room temperature when they are mixed with the other ingredients. Conditioning eggs is bringing them to room temperature by removing them from the fridge about 30 minutes before you want to use them.

Eggs used at room temperature usually emulsify better. They will beat and whip up better than refrigerated eggs and therefore do a better job of holding in air in the brownie batter.

Room temperature egg yolks break up more easily and so allow for better incorporation of all the ingredients. A smooth velvet like batter will result.

In high fat content batters like brownies, using cold eggs may re-harden the butter fat making the batter lumpy, curdled and ultimately result in an poor finished brownie texture. Something to definitely avoid.

The temperature of the eggs will also affect your brownie baking time. A brownie will take longer if cold eggs are used. Knowing when your brownie is cooked is a skill and so it is important to determine if your eggs will be cold or room temperature when you are setting your cooking time. Remember too that how heat travels through your brownie affects the overall texture and crust, It is essential then to know your mix, your batter temperature and set an appropriate baking temperature.

If you forget to condition your eggs and your recipe calls for room temperature eggs, then it is possible to remove them from the fridge and put them in  a bowl of warm ( not hot) water.  Leave them in the bowl for about 10 minutes.

If a brownie recipe doesn't state that the eggs should be conditioned to room temperature then it is probably safe to assume that it is alright to use them directly from the fridge. Depending on your brownie ingredients it may be worth experimenting with cold and room temperature eggs to see what makes your best brownie.

Cooking brownies is both an art and a science. Although egg science can be complicated, perfecting your eggs by understanding a little of how they work will help you on your way to  impressing with your best brownies. 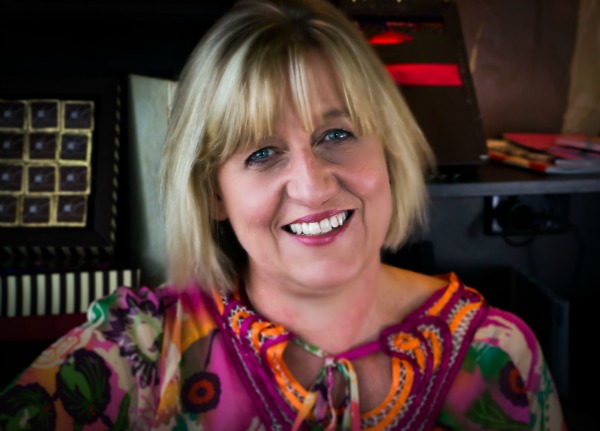 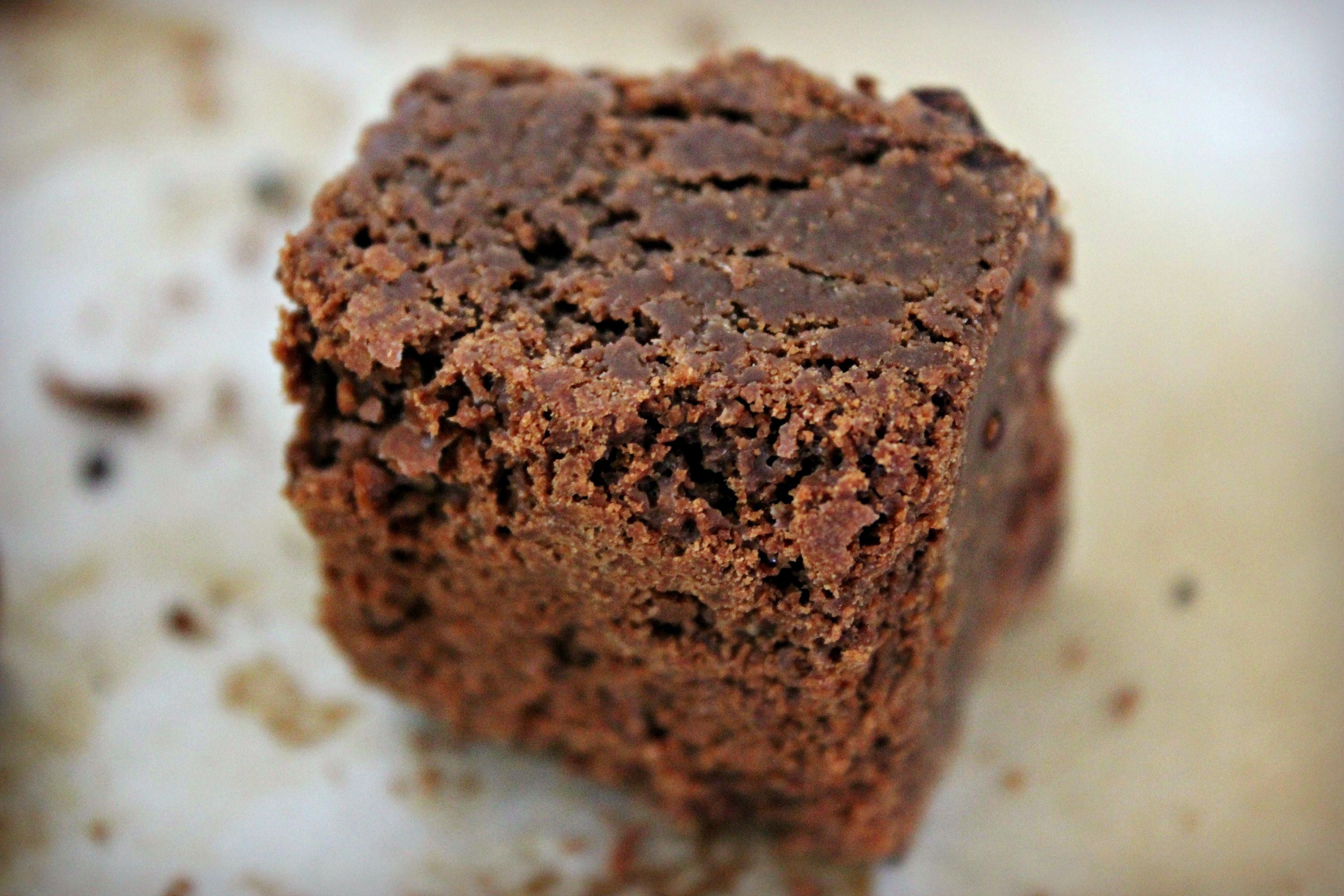 Deb Peralta provides 9 reasons that may be stopping you from baking your best brownies. 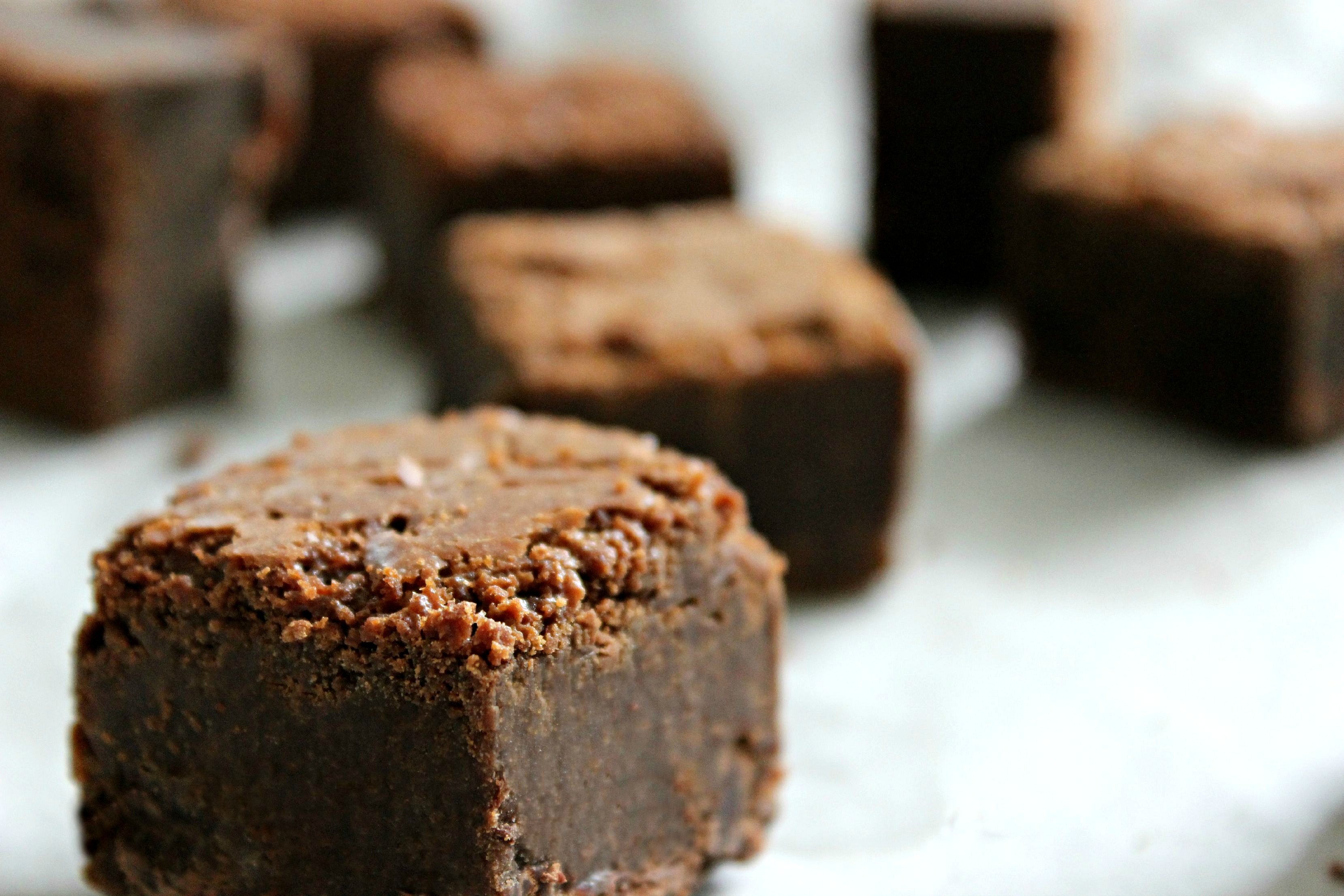 How to know when your brownies are cooked

Some tips on how to prevent over or under cooked brownies. 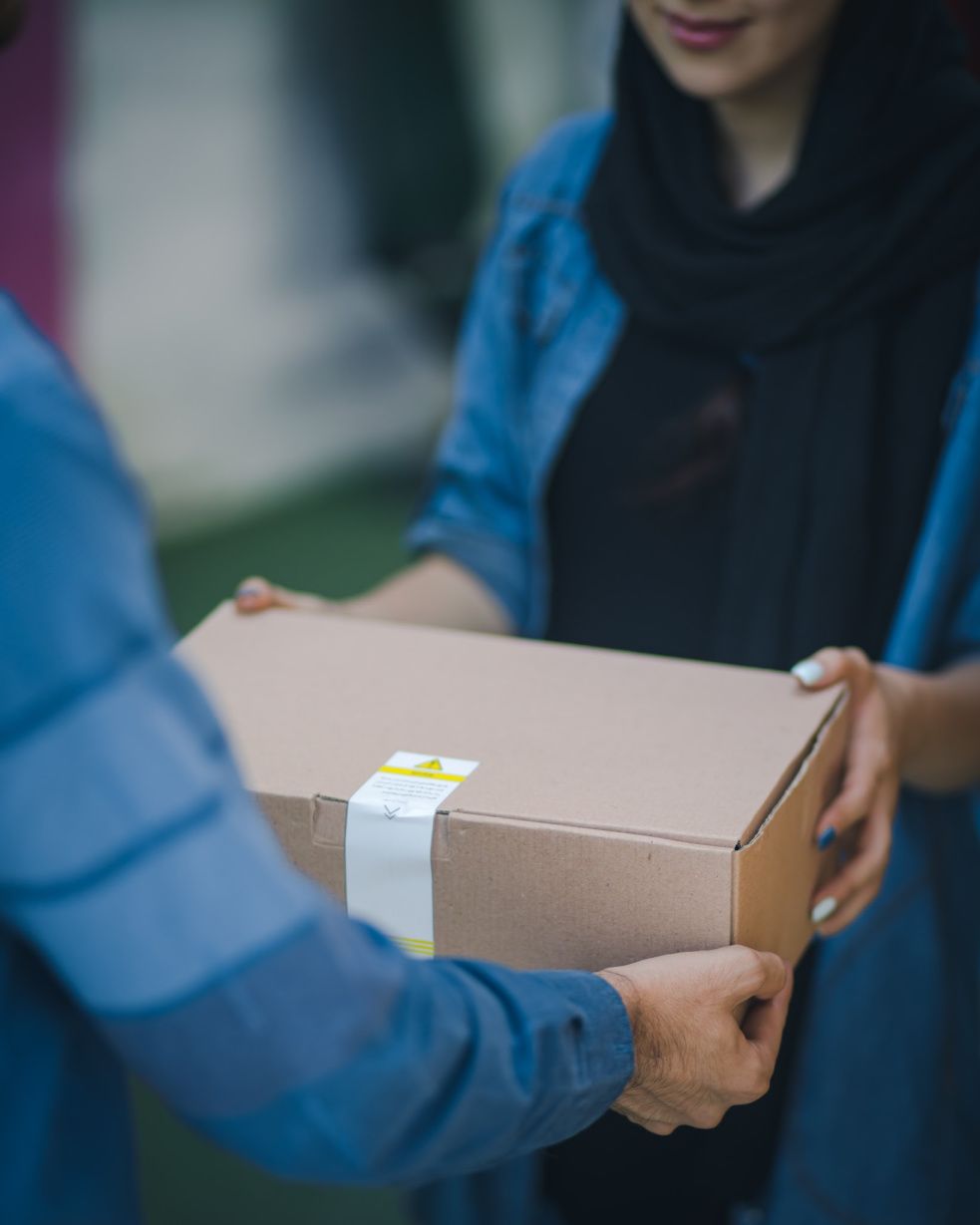 Dello Mano pioneered brownie delivery in 2006, Today we delivery brownies daily to Australia and the world. 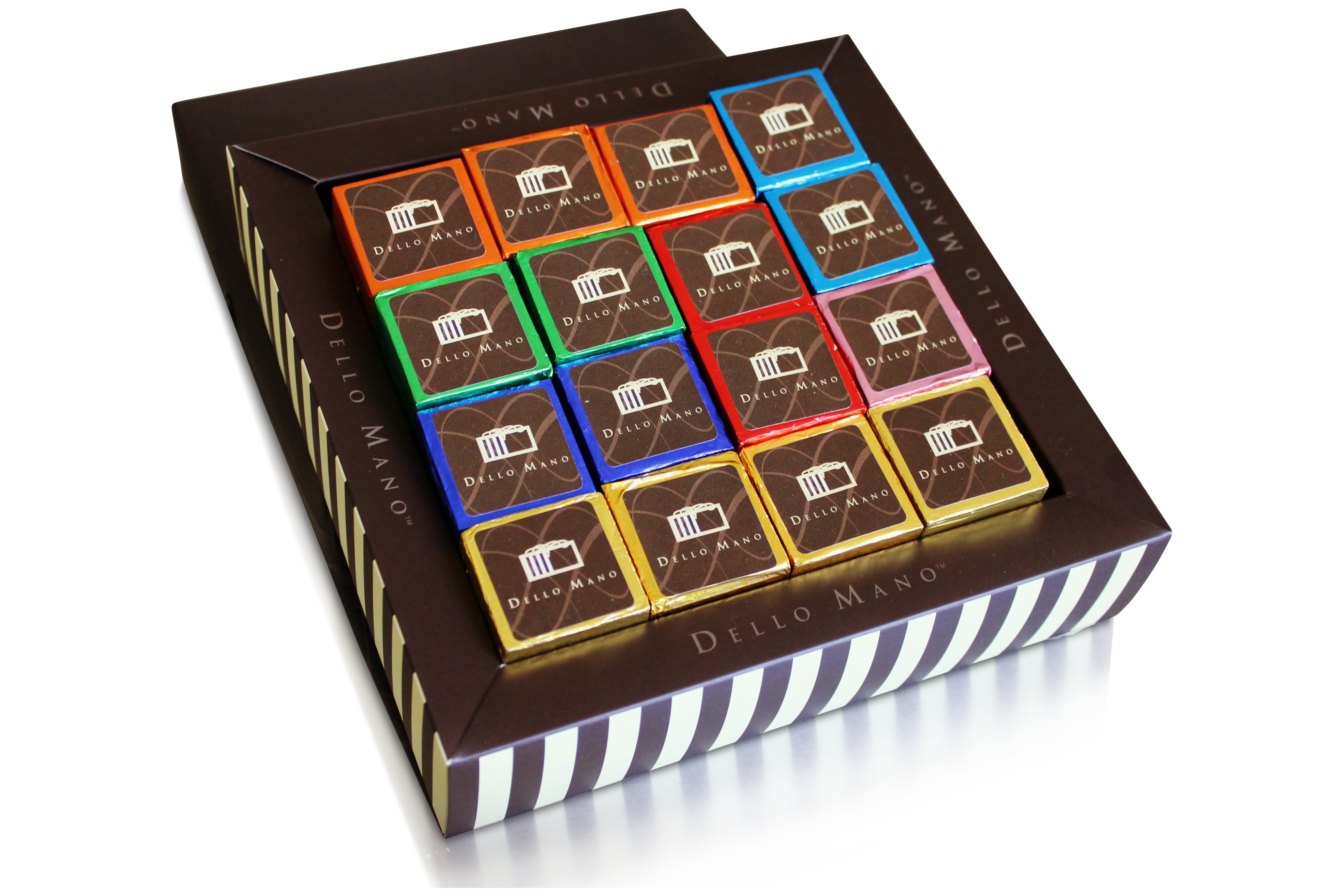 In 2005, the we returned from a family trip to Italy. Mesmerised by the Italian's love of food we decided to create a company that celebrated handmade food and the gift of food giving.

Traveling around Australia we had noticed that no one was making a premium quality Brownie gift box. We decided to launch Dello Mano, which is corrupted Italian for "of the hand". We gave the business an Italian style name so as to in some way pay homage to the place of our inspiration.

We set out to catapult brownies to stardom. Off the back of no one motivated for brownies, we created a small family business, a widespread interest in brownies and spawned a market of other brownie makers. We are known for this reason as the Brownie Pioneers.

9 Things stopping you from baking the best brownies

This article offers 9 reasons that stops people from baking the best brownie. From the temperature of eggs to the quality of chocolate various aspects and tips are provided.